x
by Tom Cross
on November 2
under Entertainment, Read This, Reviews, TV
∞ Permalink

‘Living with Yourself’ joins Netlfix’ catalogue of original series as Paul Rudd and Aisling Bea collaborate in this short, 8-episode series

Rudd plays Miles Elliott, husband to Bea’s character, Kate Elliott, as he struggles to find happiness in his life and looks for an easy solution. This leads him to attending a ‘spa’ in which he hopes that they can remove the parts of his DNA to make him the best possible person he can be. This, however, clones him and the series revolves around the problems that having two of you can present. This all happens within the first episode but is also shown within the trailer so there are no spoilers within this plot summary

Paul Rudd’s performance is excellent. Playing two characters who are the same men yet have two completely different mentalities is a hard task, but Rudd pulls it off effortlessly. The distinction between the two characters are clear and I never felt confused upon which clone I was seeing; credit to the costume design and Rudd’s performance. Rudd shows his scope of acting between the two characters. The clone is a confident, assured man who achieves in every aspect that the original Miles Elliott fails in, including his work, his marriage and his friendships. The ability to play the two who are the same person, yet so entirely different is a great testament to Paul Rudd’s ability.

Aisling Bea also offers an exceptional performance by playing an unsatisfied wife and interior designer. She must deal with the consequences of her husband’s actions and does so convincingly and doesn’t break the realistic relationship between the characters that the series has set up. Something I thought the show did do well is the relationship dynamic between Rudd and Bea as it feels like a true representation of a long-term marriage and the difficulties it can present.

The series is also short with a running time of just under four hours with each episode lasting around 30 minutes. Its fast paced and each episode ends on something that makes it easy to let Netflix roll you onto the next episode. This works well in some respects as it can be viewed in one evening without having to go away and come back to it later. 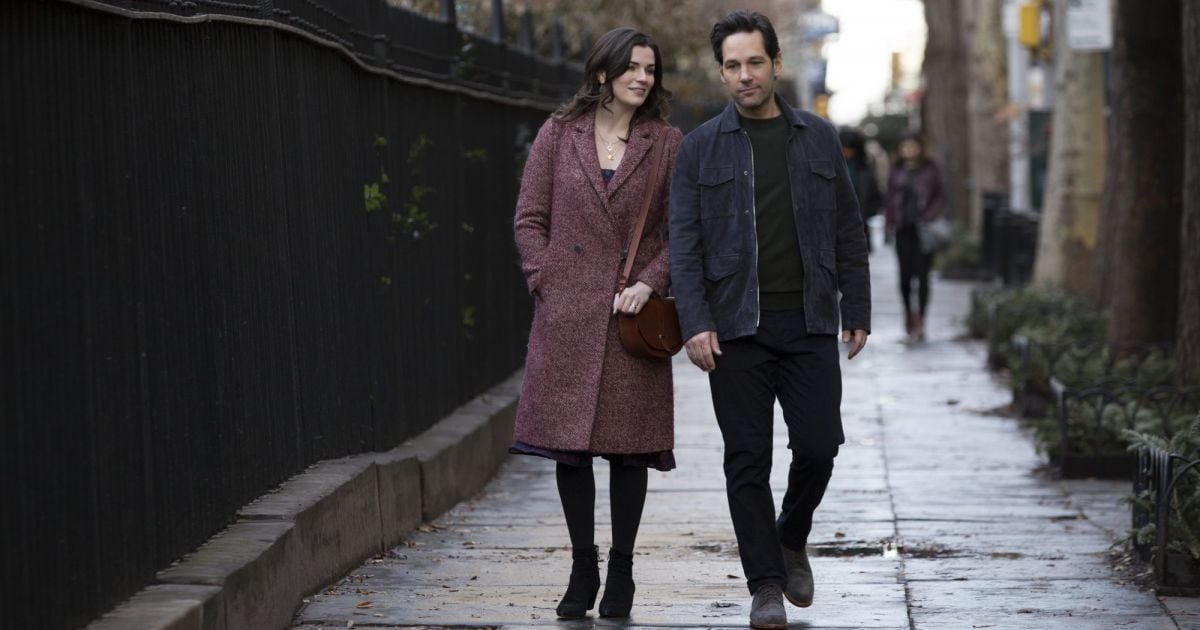 However, this series has faults.

The ending (which I won’t spoil) was disappointing. I was expecting one last plot twist but instead, I was given something that, I feel, was very out of character from one of the characters. I can see how this ending is effective in the case of a second series but if there is not one, this is an ending that is unsatisfying, unrewarding and leaves a ‘bad taste’.

This is also a series that labels itself as a ‘drama-comedy’ and to my memory, I cannot remember it making me laugh out loud more than once. Comedy is subjective but I am by no means a hard person to make laugh. The jokes (which are used sparingly) are simple and lack originality which is disappointing when they have an actor like Paul Rudd, who is naturally a funny actor, at their disposal.

Despite the episodes being less than 30 minutes long (apart from the series finale), there are moments that felt like they offered little to the plot and were boring; a hard goal to accomplish in a series that has little time to waste.

Throughout the series and in hindsight, I feel that this concept would work much better as a ‘Black Mirror’ episode. I think that you could fit this series into a 40-50-minute time slot as well as losing the comedy genre of it and honing in on what the series did well;

The series is enjoyable and short. It offers two stellar performances as well as an interesting concept and an insightful portrayal of long-term relationships and marriage. The execution, however, is shoddy. Some scenes felt un-needed and the ending could have been so much more memorable.

Entertaining but a disappointing ending means I give this series: