When it comes to Theatre and the arts in Plymouth, it is the modern well-loved Theatre Royal that automatically comes to mind. A large theatre that plays host to a number of plays, operas, dance shows and musicals every year, bringing both people and money into the city. But did you know that there’s another grand theatre, sitting there abandoned, only a stone’s throw away from the Theatre Royal?

If you take a short walk down Union Street, you will find The New Palace Theatre, a beautiful grand building that has sadly fallen into disrepair. In a city full of somewhat boxy and dull concrete buildings, this gold toned brick building stands out like a sore thumb, and it’s crumbling away without very many people noticing. The decorations depicting scenes of the Spanish Armada are fading away and greenery grows through the windows.

The building closed as a theatre in 1983 and was since used as a dance club called The Dance Academy until 2006 when it was closed down following the discovery of class A drugs being sold on the premises. 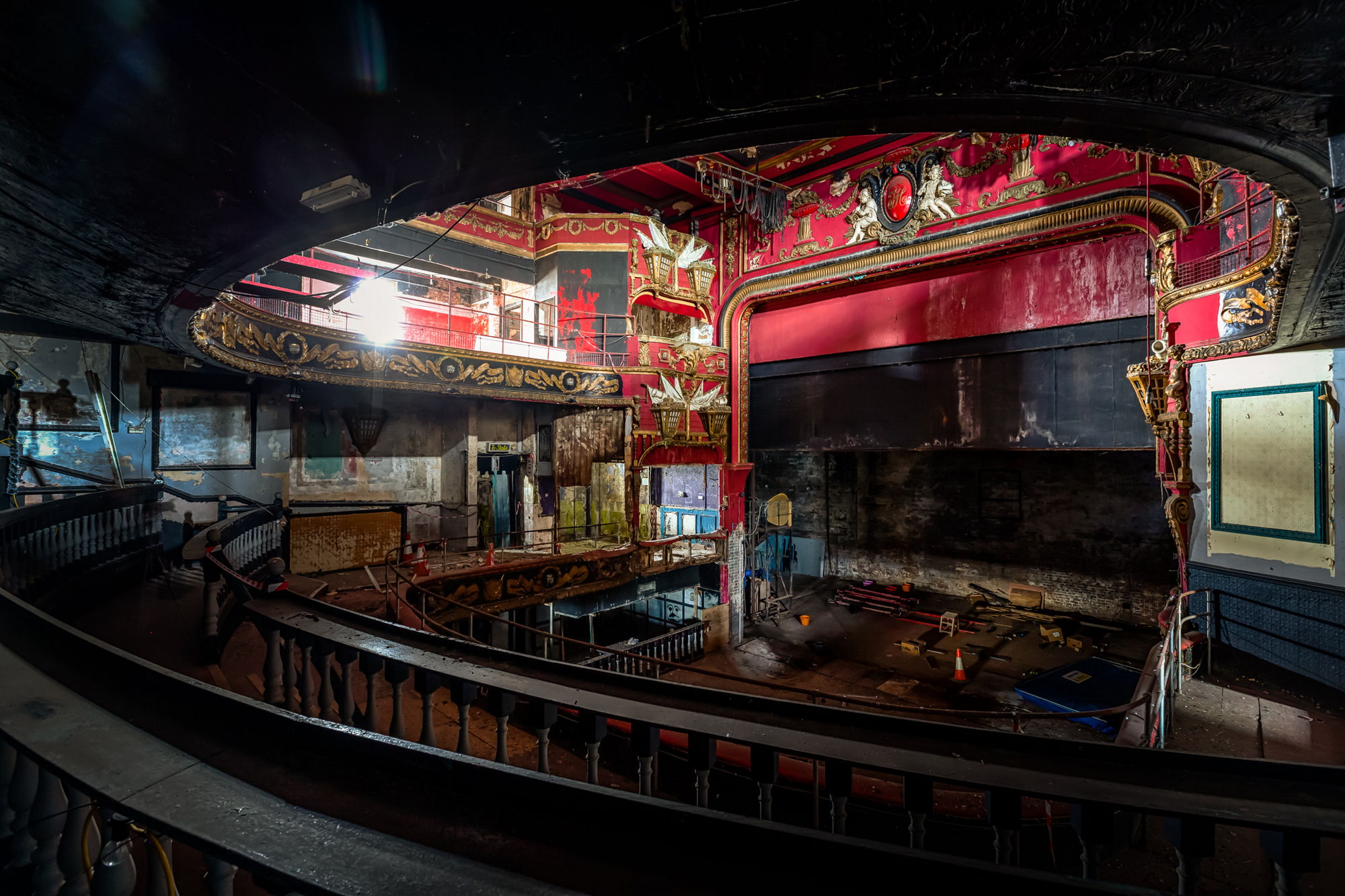 During it’s heyday, The New Palace Theatre played hosts to many great stars including Harry Houdini and Charlie Chaplin. It was here that Laurel and Hardy played their final shows together, with a plague laying dusty on the floor outside the doors to mark the date of the last show. If walls could talk this building would have hundreds of stories to tell, but those stories are fading away with the crumbling paint work and holes in the ceilings.

Since the building was closed in 2006, a number of attempts have been made to save it, but none of the projects have ever got off of the ground. It has been on the Theatre Trust’s ‘at risk’ list since 2010, but no funding has come through to repair it. In 2012, the owner of the building Manoucehr Bahmanzadeh expressed his hopes to reopen the building as the Dance Academy once more, but it remains closed up. A number of groups including ‘Stonehouse Action’, ‘Project Palace’ and ‘Palace Theatre Project Limited’ have campaigned to return the building to it’s former glory but once again, nothing has happened. 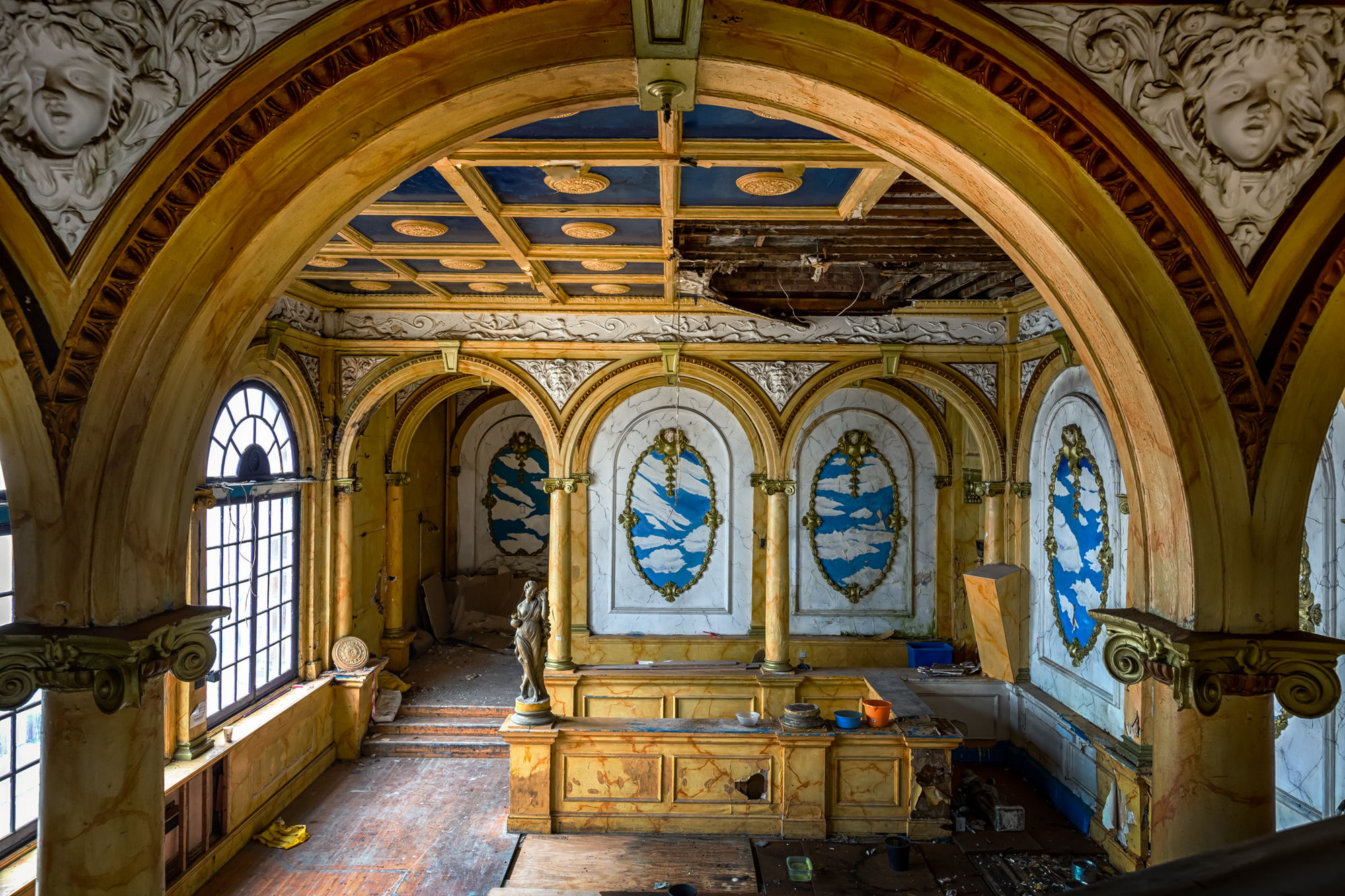 In 2015, the charity GO! Great Opportunities purchased a 35 year lease for the building off of the owner with the hope to transform the building into both a theatre and a ballroom. Work did start on the project, with the restoration due to last 3 years and the project due for completion in 2018, but sadly the charity pulled out of the project in March 2017. And now, the New Palace Theatre is closed up, sitting there, rotting away with the all true risk of taking all of that wonderful history away with it if it was to crumble away.

With the city of Plymouth due to celebrate its history with Mayflower 400 this year, with many events planned to mark this historical event, I ask the question. Why is the City allowing another big piece of it’s history to fall apart before it’s very eyes? 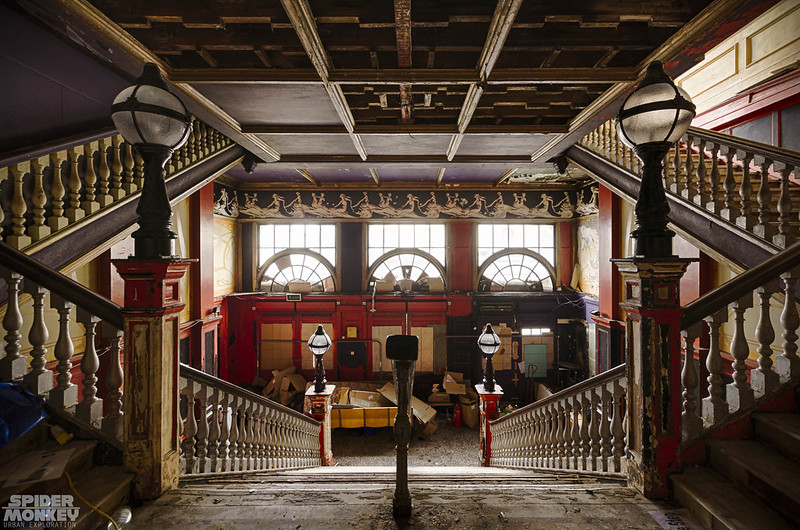 This beautiful old building could be beautiful again if only there was the funding, someone out there willing to do the work to restore a great piece of history. This could be another great entertainment venue, something just like the theatre Royal that could bring people and money into the city. Something needs to be done, before it’s too late.