Australia have reached the knockout stages of the World Cup for the first time in 16 years.

A single goal was enough for the Socceroo’s to seal their place in the Round of 16, a historic moment with this being for the second time they’ve ever achieved that feat.

The Australian hero was Matthew Leckie who fired an effort past Kasper Schmeichel in the in the 60th minute on the counter attack. Whilst Denmark dominated the possession Australia were ruthless on the counter attack and got the decisive goal which will have sparked incredible celebrations down under. With goals at this World Cup hard to come by for Denmark, manager Kasper Hjulmand made three changes including changing their striker for the third time in three games with Martin Braithwaite of Spanish side Espanyol getting his chance.

Denmark dominated the opening exchanges with a few dangerous crosses from their full-backs as well as Mathias Jensen forcing Mathew Ryan into a good save after beating the offside trap.

The deadlock was nearly broken after 18 minutes when Joakim Mæhle found space in behind the Australian defence and fizzed the ball across goal causing Ryan to get down low to make a save after a deflection of his own defender.

As the half ran on Australia grew into the game with a few chances on the break. Riley McGree of Sky-Bet Championship club Middlesborough tended to be involved in any dangerous attacks Australia had with a few powerful efforts from range as half time drew closer.

Australia dominated the last five minutes of the first half with the Socceroo’s managing to get key men Craig Goodwin and Matthew Leckie into the game delivering some dangerous crosses but not causing too many issues for Danish stopper Kasper Schmeichel.

At half time both managers made a single change with Keanu Baccus taking the place of Craig Goodwin for Australia and Alexander Bah replacing Rasmus Kristensen for the Danes.

Australia started the second half strong with a couple of corners and a good chance for Jackson Irvine in which he fired a pacey effort over the top of the bar from close range, a chance he should really have done better with.

The deadlock was broken in the 60th minute when Australia caught Denmark on the break. McGree played Matthew Leckie in-behind the Danish back line. Leckie picked the ball up on the edge of the box, turned Joakim Mæhle inside-out before striking the ball low and hard between his legs, finding the bottom right corner. 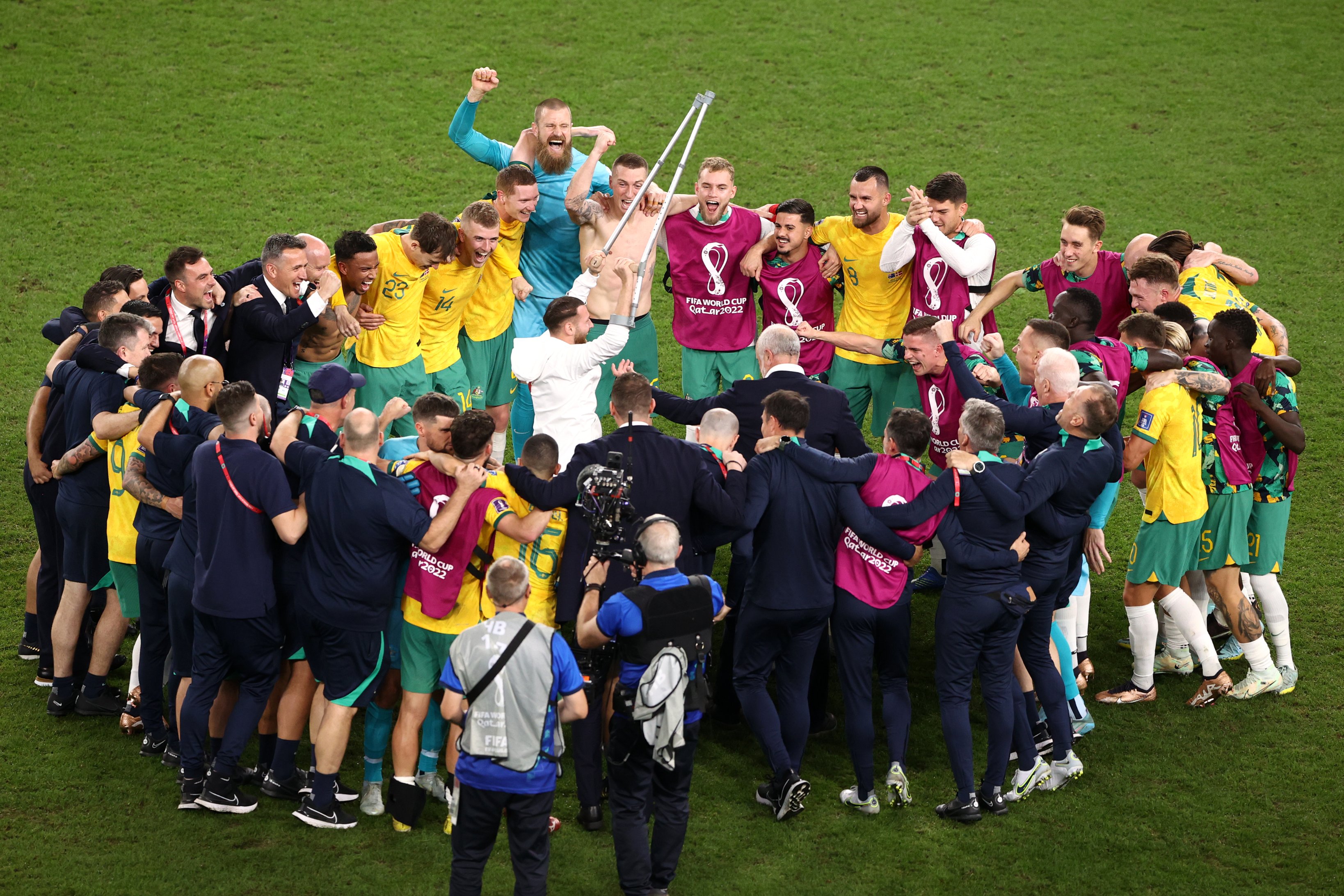 Despite having more of the ball Denmark were only limited to a few half chances in the closing minutes. Denmark looked tired and demotivated in their fight to get back into the game.

Australian centre-back Harry Souttar put in a warrior performance with the 6ft 6 Stoke City defender giving his all to deny a late Denmark equalizer.

The Australian fans will be delighted with their side coming second and qualifying for the knockout stage out of a group they were given slim chances of progressing from.

On the contrary the Danish fans will be very disappointed with their team finishing bottom of Group D with only one point.

Australia will play the winner of Group C on Saturday evening.